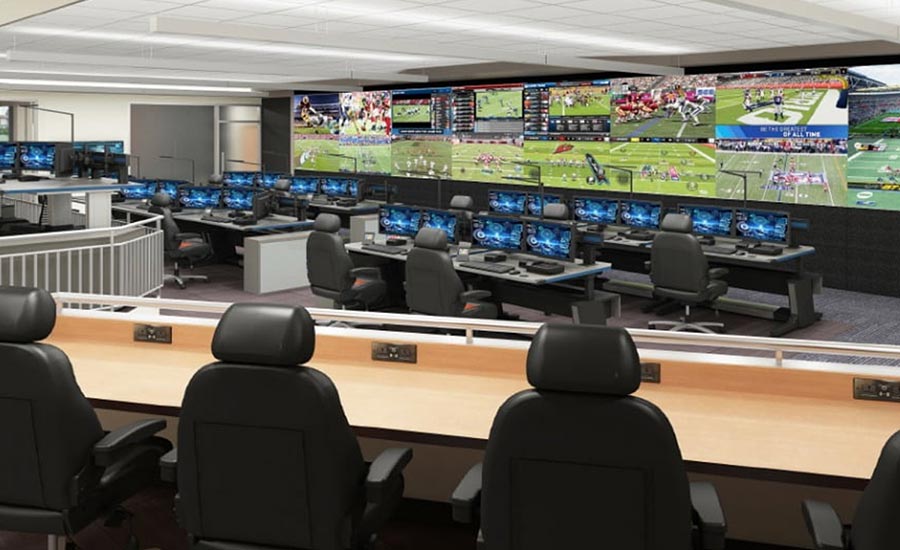 The GSOC became key for the return to work, return to play, and more

As the centralized place for intelligence and information, the NFL’s Activu GSOC played a pivotal role in the League’s pandemic response, streamlining access and infection control, updating business continuity plans, and providing relevant data to enable all stakeholders to make informed decisions.

The National Football League (NFL) is centered around live games and large crowds, as well as close proximity between players, extensive travel for teams and executives, programmatic public appearances, and all varieties of in-person interactions. COVID-19 created safety and security risks that struck at the core of the League’s business model, as well as the business models of partner organizations.

“It was lucky that we had these technologies already in place because it allowed us global visibility that no one else in the League has access too.”

So how could the NFL still have a 2020 season while keeping executives, employees and partners safe during a once-in-a-lifetime pandemic? That was the central question Robert Gummer and his colleagues had to answer quickly. As Director of Intelligence Operations at the NFL in charge of the League’s Global Security Operations Center (GSOC), he’s responsible for identification and mitigation of threats to all league equities, activities and facilities, including personnel, staff, stadiums, teams and athletes. In addition to analyzing risk and mitigation, the GSOC is responsible for the travel risk protection program and emergency notification across the entire organization. The GSOC team supports every game and every event under the League’s purview.

Gummer has been in the intelligence community for over 23 years, starting as an army Intel officer for 8 years. He taught army intelligence for nearly four years before working for the Federal Bureau of Investigation. During his tenure, his experience included managing intelligence teams that supported violent gang and drug trafficking investigations, counterterrorism efforts, and assessing the health and effectiveness of intelligence programs. In his last position, he served as the Senior National Intelligence Officer of Science and Technology. In 2018, he was recruited to the NFL to build the League’s GSOC from scratch and create an intelligence apparatus to monitor for threats and inform business decisions and strategy along with adding a layer of resilience to business continuity and emergency preparedness.